COVID-19 UPDATES: Find information and resources for faculty and staff regarding COVID-19 (2019 novel coronavirus)
In this section...
Research 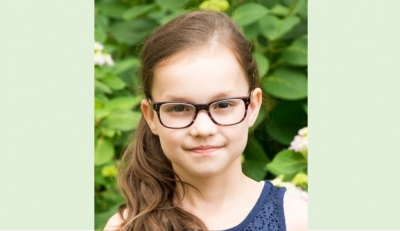 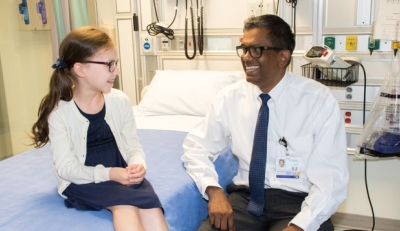 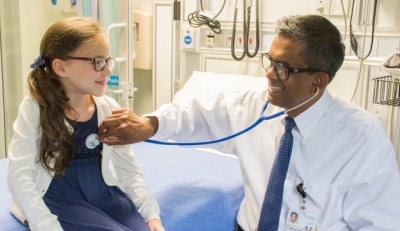 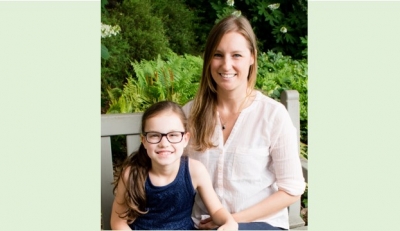 Although Crohn's disease can strike anyone, it tends to first appear in young adults over age 15. So toward the end of 2015, when eight-year-old Evelyn Whitaker became uncharacteristically listless, constipated, and her stomach hurt, the last thing on her mom's mind was Crohn's disease.

"We kept taking her to the doctor's office, but they couldn't find anything obvious like a strep infection," Liz Whitaker recalls.

After about a month, a blood test revealed low iron content in Evelyn's blood. "We added iron supplements to her diet, but her iron levels were not coming back up," Whitaker says. "We came to the conclusion that her body just wasn't absorbing it in her intestines. That was our first clue that the problem was probably Crohn's."

They were referred to Subra Kugathasan, M.D., scientific director of the Center for Pediatric Inflammatory Bowel Disease at Children's Healthcare of Atlanta. He performed a colonoscopy that confirmed the diagnosis.

Crohn's is a bowel disease in which the digestive tract's beneficial bacteria is mistaken for harmful pathogens by the immune system, which mounts an inflammation-producing response. Symptoms may include severe diarrhea, weight loss and malnutrition. It's a chronic disease, meaning that patients experience times when their symptoms flare up, followed by periods with no apparent symptoms at all. But the disease — the inflammation — never goes away completely.

Crohn's disease affects about half a million people in the U.S., including 100,000 who fall into the pediatric category, according to Kugathasan.

"The incidence of Crohn's disease is doubling every 20 years, and most of increases is coming from the pediatric age groups," notes Kugathasan, a professor of pediatrics and a professor of human genetics at Emory University School of Medicine. His clinical practice and research activities are focused on treating and eventually curing pediatric Crohn's. His efforts also advance an understanding of the disease in adults, since there's no difference between the two except in terms of the age groups it affects.

Tracking down a cause — and eventually a cure — is tricky, Kugathasan says. On the one hand, Crohn's tends to run in families, suggesting a genetic component. But on the other hand, "four out of five new patients diagnosed with Crohn's don't have a family history with the disease."

Kugathasan is studying environmental factors including diet to determine their potential role, either by themselves or with other factors such as genetic interaction.

The disease is virtually non-existent in Third World countries, leading some researchers to hypothesize that Westerners may be too "clean."

"The thinking is that for your immune system to be hardened, to mature, you have to have continuous stimuli with minor infections and all kinds of bacteria and microbes," Kugathasan explains. "When you don't have that kind of stimuli, your immune system does not get challenged, and it may misbehave or overreact by attacking your own body." This hypothesis is supported by circumstantial evidence, he adds, but to date no direct evidence has been discovered.

The modern diet may also have a hand in facilitating the mechanics of Crohn's, says Kugathasan, noting that "we eat more processed food, less complex food, than in the past, resulting in an intestinal microbiome that is much less diverse and concentrated that it was a hundred years ago. We're creating an environment conducive to all kind of immune diseases."

Key to his research efforts is the acquisition of stool and tissue samples from patient volunteers like Evelyn Whitaker.

"He had us bring in some samples from Evelyn, and then when he did her colonoscopy he asked if they could take some biopsies to use for research," Whitaker says. "We all agreed to that, thinking, 'Why not participate, if it helps to come up with some answers to this disease?'"

Right now, according to her mom, Evelyn is doing great. "She's like herself again, but I know the disease is in remission and it can come back again.

"It was really scary at first. I'm so glad we brought her to Children's when we did. Dr. Kugathasan, the nurses and staff took such good care of her — they're amazing, and we're very thankful."