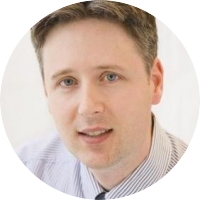 Dr. Bunting's research is focused on understanding the biology of the latent transcription factor STAT5, in particular its roles in normal hematopoietic stem cell function and its aberrant activation associated with a variety of hematologic malignancies. Activation of STAT5 by phosphorylation is required at tightly regulated levels for normal hematopoiesis but its persistent activation is prevalent in adult and pediatric leukemias. A major focus of the Bunting lab is to identify keySTAT5 downstream target genes associated with both normal and leukemic hematopoietic cell function and to utilize this knowledge to develop novel approaches to manipulate STAT5 activity in a therapeutic setting. In leukemia therapy, the goal is to disengage leukemic cell survival and to facilitate leukemia cell sensitivity in combination with other targeted agents. In hematopoietic stem cell transplantation, the goal is to develop innovative forms of conditioning based on STAT5 signaling inhibition.

Dr. Bunting also studies the Grb2-associated binding (Gab) family of adapter proteins and their role in PI3K-AKT-mTOR activation in hematopoietic and immune cell biology. The Gab family of scaffolding adapter proteins are synergistic with STAT5 in controlling hematopoietic stem cell self-renewal and leukemogenesis and thus represent an attractive cooperative signaling node in which to focus on therapeutics targeting both STAT5 and AKT mediated signals.