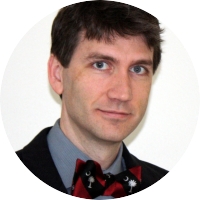 Dr. Hunt received his undergraduate education at Furman University and later received his MD from the Medical University of South Carolina in 2006. He subsequently trained in combined internal medicine and pediatrics at Indiana University and Riley Hospital for Children in Indianapolis, Indiana from 2006 to 2010. Over the course of his Med/Peds residency training, he developed a particular interest and experience in chronic childhood illnesses, especially cystic fibrosis. He was mentored by Dr. Irena Petrache and his research focused on Cystic Fibrosis Transmembrane Conductance Regulator (CFTR) dysfunction in pulmonary endothelial cell barrier integrity. Upon completion of his specialty training in 2010, Dr. Hunt joined Emory University as a clinical and research fellow in the Division of Pulmonary, Allergy, and Critical Care Medicine. He served as the division’s chief fellow from 2012 to 2013 at which time he was also chosen as the division’s Will Rogers Fellow. At Emory, he trained in the laboratory of Dr. Nael McCarty, director of Children's Center for Cystic Fibrosis and Airways Disease Research, under the direct mentorship of Dr. Nael McCarty and Dr. Jason Hansen. Dr. Hunt joined the faculty at Emory University upon graduating in 2013 where he serves as a physician member of the adult cystic fibrosis team in the Children’s Cystic Fibrosis Center as well as the McKelvey Lung Transplant Center. His clinical interest include transition care for adolescent/young adult CF patients, CF-related diabetes (CFRD), point-of-care ultrasonography and lung transplantation. His current research focuses on innate immunity within the lung environment in the setting of CFRD. His specific focus has been the development and characterization of a murine model of CFRD and exploring the mechanisms of CFRD’s impact on lung function (immune cell activity and redox signaling in particular). He remains active in medical student and fellowship education, serving as a co-director for the fellowship’s critical care ultrasonography education core as well as serving as an executive board member on the fellowship career development committee. Dr. Hunt is board certified in Internal Medicine, General Pediatrics, Pulmonary Disease and Critical Care Medicine. He is active in the Georgia Chapter of the Cystic Fibrosis Foundation and was recently chosen as one of the inaugural members of the Peachtree Society: Metro Atlanta’s Rising Leaders.