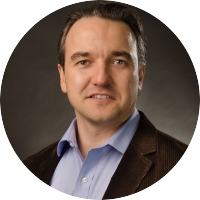 The intestinal microbiota is increasingly recognized as an important actor in a variety of normal host physiological events including immune, homeostatic, and behavioral processes. By extension, a “dysbiosis” of this relationship may lead to the initiation and progression of host pathological disease conditions. Despite this well-established influence of the microbiota on human health, there is still a critical gap in our knowledge of the molecular mechanisms by which the microbiota influences gut health. The long term goal of my research group is to identify the bacterial community structure, the microbial products, and the cellular signaling pathways that mediate the influences of the microbiota on human health. The current goal of the lab is to identify how perturbations to the microbiota influence intestinal stem cell (ISC) turnover, differentiation and gut epithelial barrier integrity. In our approach, we utilize a wide variety of methodologies including both mouse and Drosophila model systems, as well as sequence based microbiota analysis. Importantly, we have the capacity to raise germ-free mice and flies, and gnotobiotically monoassociated them with either candidate symbiotic bacteria, with a defined group of bacteria, or with purified bacterial proteins and products. Ultimately, the goal is to develop deliberate manipulation of the microbiota as a therapeutic strategy to ameliorate symptoms resulting from digestive diseases.