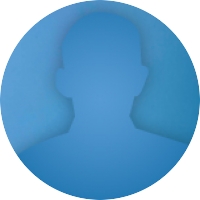 After completion of his undergraduate degree at the University of Delaware, Dr. Beck performed research in the Department of Medical Cell Biology at Alfred I. DuPont Children’s Hospital (Wilmington, DE.) followed by two years in the Department of Cardiovascular Pharmacology at SmithKline Beecham (King of Prussia, PA). He completed his PhD training in molecular biology and genetics at Temple University in Philadelphia in 2000. His graduate work focused on understanding the transcriptional coordination of cell growth and differentiation including how the chromatin remodeling swi/snf complex influenced osteoblast-adipocyte lineage determination. Upon graduation he was awarded a highly competitive NCI scholars grant and performed five years of research at the National Cancer Institute in Frederick MD. Here his work on osteoblast differentiation expanded to investigate the role of dietary inorganic phosphate as a signaling molecule involved in proliferation, cancer initiation and progression, and driver of metastasis. He joined the Division of Endocrinology in the summer of 2005. In 2006 an opportunity was presented to expand these studies to understanding the effects of nanoparticles on mineralization when Dr. Jin-Kyu Lee (Professor of Chemistry Seoul National University, Korea) spent a year sabbatical in his laboratory. Work performed during his sabbatical year resulted in a collaboration with Dr. Lee and Dr. Weitzmann (Emory-Endocrinology and Atlanta VAMC) and initiated a project focused on understanding the molecular and cellular mechanisms by which engineered silica nanoparticles regulate the bone metabolism. In December 2013 Dr Beck joined the Atlanta Veterans Administration Medical Center as a Research biologist with a funded VA Merit. His current interest include: 1) Investigating the biological actions and cellular targeting of nanoparticles for medical applications related to bone disease including stimulation of autophagy and 2) Understanding the role of dietary inorganic phosphate in regulating cell behavior including; proliferation, transformation, tumorigenesis and metastasis as well as effects on bone metabolism.