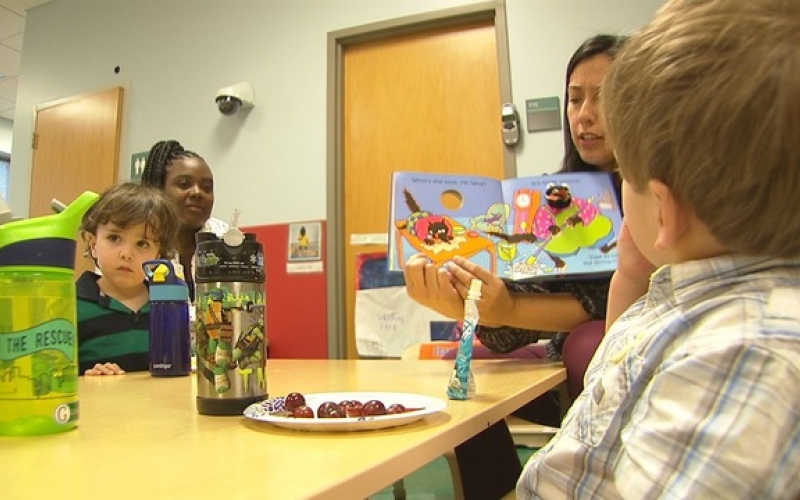 "He loves coming to school every day," Jenny Odom, Nigel's mother, says.  "From the time we put on his jacket and ask him if he's ready to go to school, he starts hopping around and he runs to the front door."

Nigel is one 12 students in Children's Healthcare of Atlanta's Marcus Autism Center's new 2-year old preschool which opened in February. Half of the students in the program are typically-developing.

Half, like Nigel, have been diagnosed on the Autism spectrum.

Nigel's parents and pediatrician started seeing some red flags when Nigel was about 12 months old.

He played alone, didn't seem to engage with or empathize with others, and would sometimes repeat the same movements. But hearing the diagnosis of Autism was hard, his mother says.

"I mean it comes to a point where you just want to tell one or two people, 'Please, just help me. Please just help me get my child caught up.  Help me do what I need to do,'" Jenny Odom explains.

So, finding this intensive, early intervention program at Marcus Autism Center felt like a godsend.

Lindee Morgan, the co-director of the Marcus Autism Center preschool program, says they're pushing communication, collaboration, and group activities, to build up the children's social skills.

"They're learning the routines so well," Morgan says.  "We're actually pleasantly surprised how much of the day they're doing activities together.

Of course. you have upsets, because they're 2 year olds.  If there weren't, it wouldn't be a typical program."