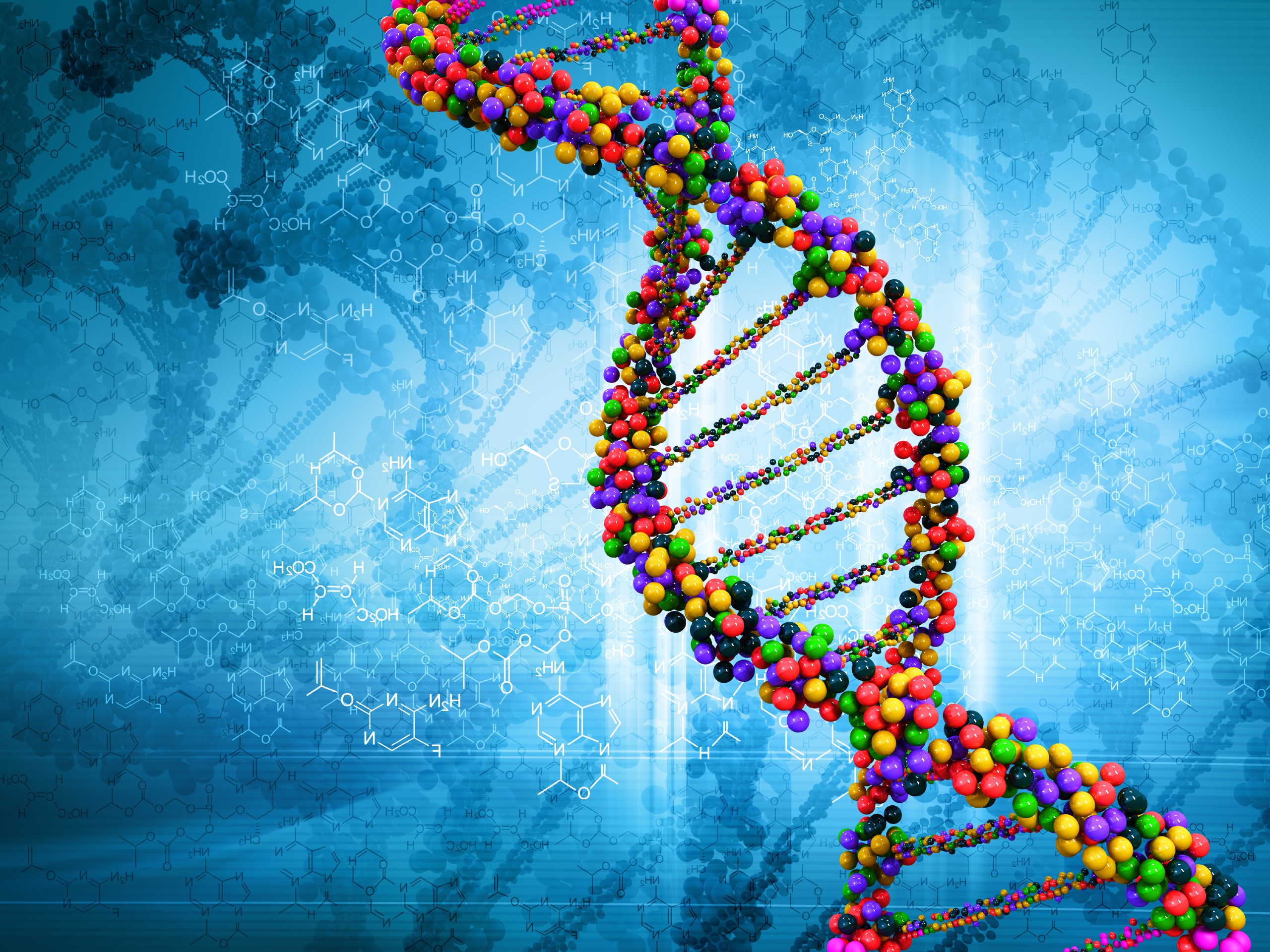 Dr. Kugathasan’s research goal is to further extend novel genetic discoveries in inflammatory bowel disease (IBD), in particular common and rare susceptibility variants that are the cause of very early onset IBD. In addition, he has been investigating the immunogenetic mechanisms that underlie this chronic intestinal inflammation in children and adults with IBD. He is the principal investigator of a large 40 site, multicenter research network where thousands of incident cases of early onset IBD are being enrolled. DNA, plasma and intestinal biopsy materials are being banked to identify modifier genes, environmental, and microbial factors that can be used to stratify the risk of complicated disease and surgery in IBD. As a clinician and an inflammatory bowel disease specialist, he also serves as scientific director of the inflammatory bowel disease program at Children’s Health Care of Atlanta and sees pediatric patients with inflammatory bowel disease, (both Crohn’s disease and ulcerative colitis) at Emory Children’s Center and Egleston Children’s hospital.

Dr. Kugathasan received his medical degree from Sri Lanka. After pediatric residency in Sinai Hospital of Baltimore, he completed his pediatric gastroenterology fellowship at Case Western Reserve University. His research training was in mucosal immunology under the mentorship of Dr. Claudio Fiocchi. In 2002, he received the Physician of the year award from Crohn’s and Colitis Foundation of America.  He was the recipient of the prestigious young clinical investigator award from the society of North American Pediatric Gastrenterology & Nutrition (NASPGHAN) and junior physician investigator award from American Federation for Medical Research (AFMR). He has served as a co-chair for pediatric affairs of Crohn’s and Colitis foundation of America. He moved to Emory University in 2008, and has been appointed as a Marcus Professor of Pediatric Gastroenterology / Inflammatory bowel disease.  Outside of work Subra enjoys travelling, spending time with family, and tending to his backyard garden.

The Kugathasan Research Team has many projects that are currently being worked on.  Funding from multiple sources including government and private foundations ensures we are able to keep doing group breaking research.  The current research projects are below:

Pediatric onset CD is the fastest growing incident age group as is considered to be a more aggressive phenotype than adult onset disease. At presentation, the most of the children present with an inflammatory or so called non-complicated disease behavior. Over time a sub-group of CD patients progress to more a complicated disease behavior, which involve hospitalization and sometimes surgery. The factors or pathogenic mechanisms underlying the development of complications are poorly understood. Therefore, discovery of predictive factors contributing to the progression of a CD patient from an uncomplicated to complicated phenotype necessitates engaging a patient population naïve to all therapies and devoid of any confounding factors. In 2008 the RISK (Risk Stratification and Identification of Immunogenetic and Microbial Markers of Rapid Disease Progression in Children with Crohn’s Disease) study was commenced at 28 investigative centers in North America with the goal of prospectively characterizing and predicting the natural history of newly diagnosed CD in children presenting with uncomplicated disease.

To this end, over 1000 CD patients have been prospectively enrolled at this study. Each patient was followed for over 5 years. All patients were required to undergo a baseline colonoscopy before treatment with findings recorded in a standardized fashion. At enrollment and during ongoing prospective follow-up evaluation, medication exposure, clinical, radiological, endoscopic and laboratory data were obtained for each enrolled patient and submitted to a centralized data management center. All patients were managed according to the dictates of their physicians, not by standardized protocols. The institutional review board of each site reviewed and approved the protocol and each participant provided written informed consent. Blood for genomic DNA, serology, stool and biopsy samples were collected at the time of diagnosis in all subjects. Patients were followed up at minimum of every 6 months. During the follow up visits for up to 3 years, blood samples and (on occasion) ileal biopsy were collected. Currently our team is working towards the primary aim of the project, which is to develop a composite risk score using phenotypes, genetics, serology, microbiome and gene expression markers.

Funding provided by Crohn’s and Colitis Foundation of America (CCFA)

Nearly all genetic studies of IBD are focused on Caucasians; however, there is emerging data suggesting that the disease burden is similar in African Americans (AA). Variation data from HapMap, 1000 Genomics, and other disease studies suggests that the allelic architecture of AA populations could be significantly different from Caucasians.  A large sample size is needed for an adequately powered genetic study.  Additionally, the AA population has much more genetic variation.  We are currently in alliance with the NIDDK IBD Genetics Consortium’s (IBDGC) mission to dramatically increase the recruitment of AA patients (pediatric and adult) IBD subjects for gene discovery purposes.

Epigenetic modifications induce changes in gene expression through structural alterations of DNA that are maintained through each round of cell division; they respond to changes in the environment, are potentially reversible and can be targeted for disease therapies. DNA methylation at cytosine-guanine dinucleotides (CpG sites) is the epigenetic modification that is most commonly studied in humans. It regulates gene expression by influencing the recruitment and binding of regulatory proteins to DNA. Typically, an increase in methylation at gene promoter regions correlates with a decrease in expression of that gene Intragenic DNA methylation is also important to regulate alternative promoters and enhancers that define a variety of alternative transcripts.

We will use this cohort to evaluate and validate the utility of dropout-based computational methods for single-cell RNA-seq analysis in the context of Crohn’s disease (CD). Crohn’s disease is a chronic inflammatory disease, characterized by remitting relapsing inflammation affecting transmurally – that is, the inflammation goes beyond the mucosa, necessitating mapping of epithelial cells along with the immune and non-immune cells of the lamina propria to observe the complete picture. We will obtain colonoscopically pinch mucosal biopsies from CD and controls, as this provides the needed cells from mucosa and sub-mucosa. Although CD can affect any part of the gut, terminal ileum biopsies are proposed here, because the ileum is involved in 70% or more of subjects with CD. Since the status of active inflammation can greatly influence the transcriptomic profiles of each cell type in the gut, an ideal experiment should include samples representing the active stage (inflamed), inactive stage (non-inflamed), and compared with non-disease normal control. We also aim to explore racial and ethnic contributions to variability in scRNA-seq in the gut pertaining to CD pathology.

Funding provided by The Leona M. and Harry B. Helmsley Charitable Trust

The Kugathasan Research Team has many clinical trials that patients are actively being recruited for.  These studies are used to better understand how IBD affects patients and provides a mechanism for patients to actively participate in research.  The current clinical trials are below:

Develop - A Multi-center, Prospective, Long-term, Observational Registry of Pediatric Patients with Inflammatory Bowel Disease. The purpose of this study is to collect long-term safety information on the disease and medications that you received or are receiving for your inflammatory bowel disease.

Cape Registry - A long-term (10 years) post-marketing observational study to assess the safety and effectiveness of Humira (Adalimumab) in pediatrics with moderately to severely active Crohn’s Disease.

MSC Infusion (No more recruitment) – In this Phase 1 trial, the investigators intend to show safety and tolerability of autologous MSC, expanded using a non-xenogeneic, human component platelet lysate expansion media. Fresh, non-cryopreserved, autologous MSCs will be delivered intravenously as a single bolus dose in a dose-escalation phase I study. The investigators intend to test whether the product is clinically safe in adults (18-65 years old) with CD and to determine the maximal deliverable dose. The secondary endpoint will monitor effectiveness using CDAI as an endpoint.

Biomarkers of Intestinal Fibrosis in Small Bowel Crohn's Disease - The primary purpose of this study is to test whether a cadre of novel blood and MRI biomarkers can distinguish fibrotic from non-fibrotic CD lesions, either individually or in combination. This will be achieved by comparing the biomarker results of stricturing CD patients undergoing small bowel resection (AIM 1) to the results of CD patients with inflammatory non-stricturing, non-penetrating lesions (AIM 2). Secondary purposes of this study are 1) to establish normative values for the novel blood-based biomarkers in healthy volunteer subjects without known bowel inflammation, and 2) to characterize and compare the fecal calprotectin and microbiota in small bowel CD patients with B1 and B2 or B3 disease as well as healthy volunteer subjects.

Mechanisms of Intestinal Inflammation following Heal Resection for Crohn's Disease: Building a biobank of data and samples to build a predictive model of disease recurrence (Ileal Post-Op Study) - The objective of this study is to identify the genetic, serological and microbial factors associated with the recurrence of inflammation following ileal resection for Crohn’s Disease (CD). This study will also investigate mechanistic pathways in disease pathogenesis.

Names in BOLD denotes members of the Kugathasan Lab