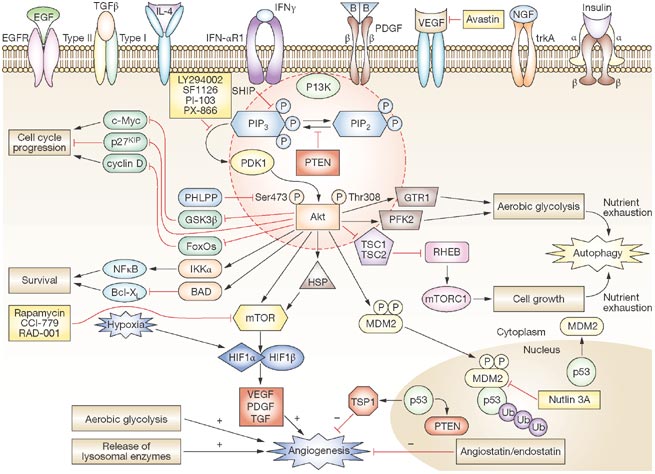 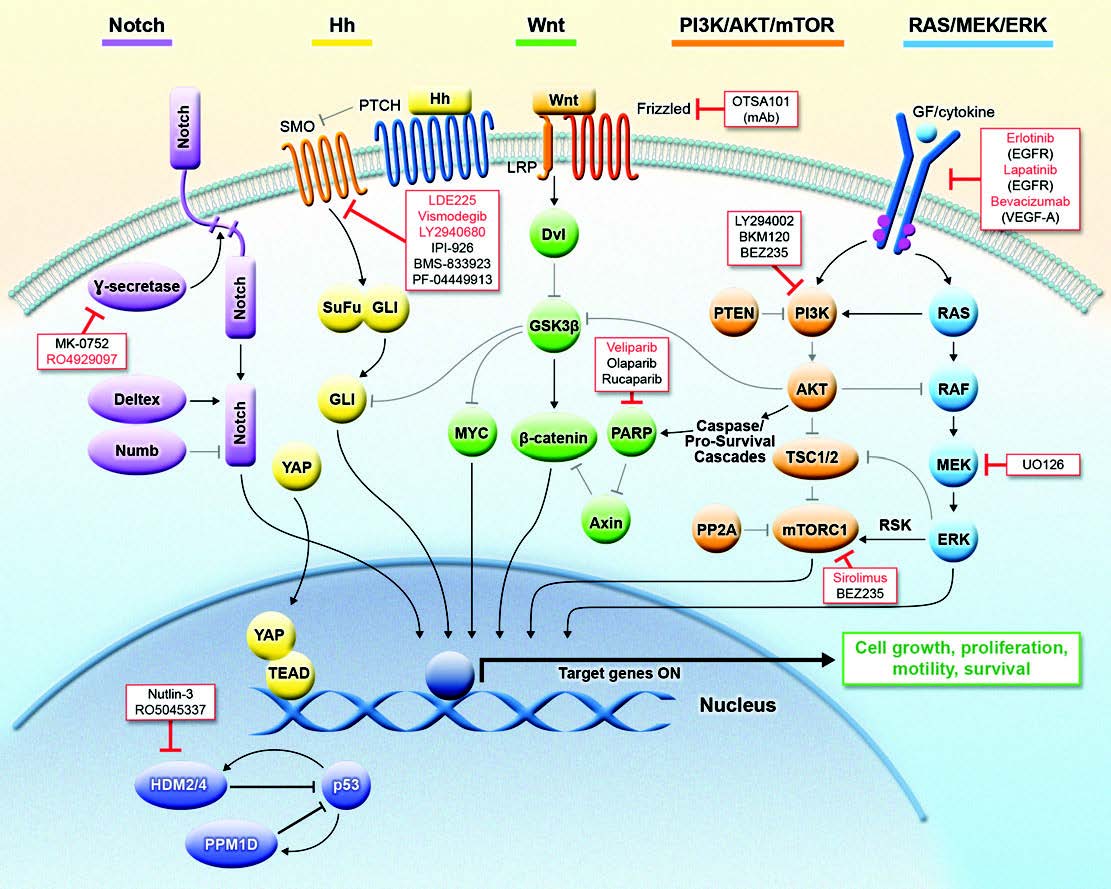 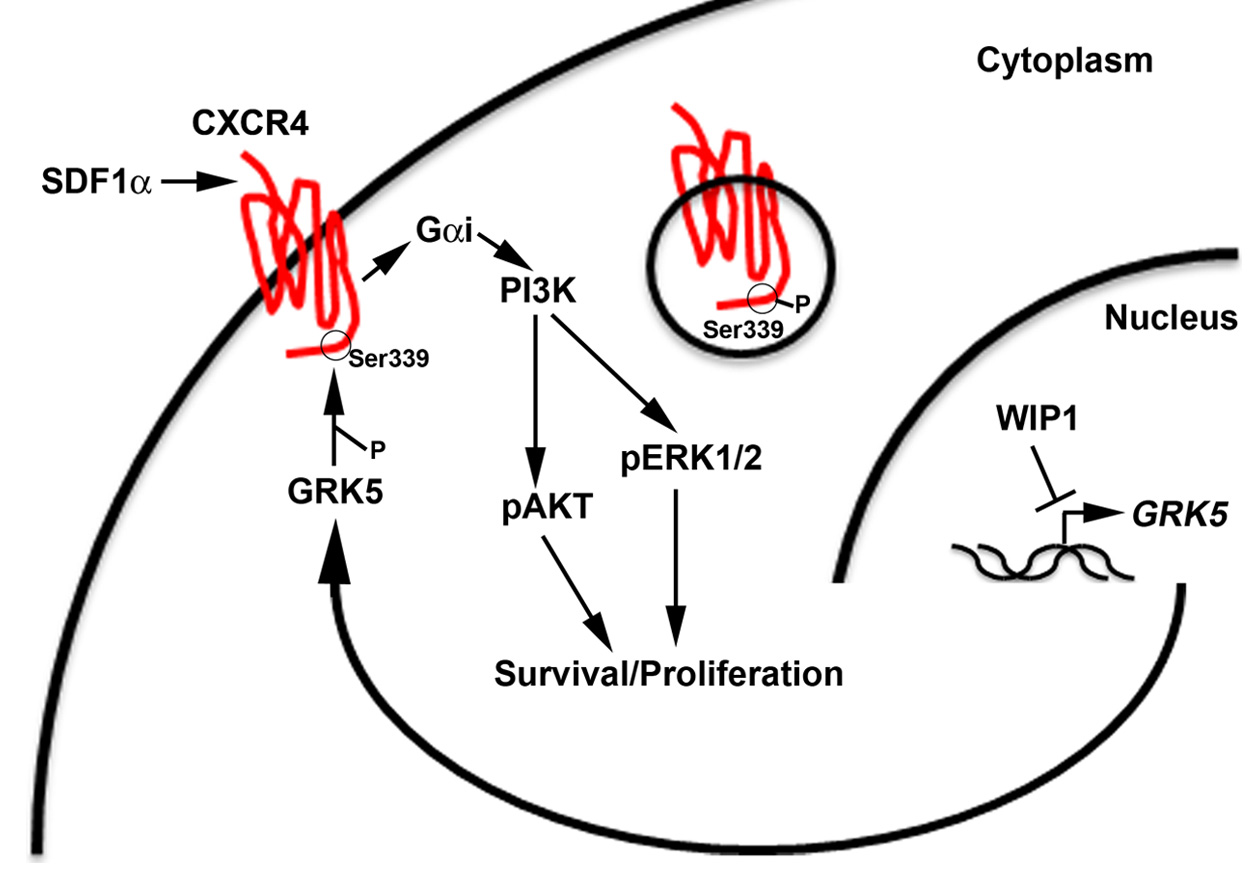 My research focuses on aberrant signaling that diverts normal developmental programs toward the growth of a high-grade malignancy in the developing brain. In particular, my laboratory is interested in the pathobiology of medulloblastoma and diffuse intrinsic pontine glioma (DIPG).

Medulloblastoma is the most common malignant brain tumor of childhood. Current treatments, which include surgical resection, cranio-spinal irradiation, and combination chemotherapy, can “cure” between 60-70% of children diagnosed with this disease. Unfortunately, factors such as young age at diagnosis, incomplete surgical resection, presence of leptomeningeal dissemination, and large cell/anaplastic histology have been associated with a poor prognosis for cancer survival. Even those who are “cured” often have long-term morbidities that adversely affect their ability to grow, think, and function independently as an adult. The 30-40% of children who do not respond to initial therapy or who experience disease recurrence after treatment eventually succumb to disease.

DIPG is a clinically aggressive high-grade glioma that is localized to an area of the brain that is crucial for control of vital functions, and thus not amenable to resection. Despite recent advances, DIPG is associated with the highest mortality of all pediatric brain tumors. No chemotherapy has demonstrated efficacy against this disease. Radiation therapy provides palliation, but almost all children succumb to disease within 1-2 years of diagnosis.

Taken together, this background highlights the urgent need for a better understanding of the molecular pathogenesis of medulloblastoma and DIPGs. Recent publications have hypothesized that medulloblastoma can be separated into four distinct sub-groups based on gene expression: WNT, Sonic Hedgehog (SHH), and Groups 3 & 4. DIPGs have not been characterized as well at the molecular level. Our current research is focused on the role and targeting of p53 pathways in high-grade pediatric brain tumors. p53 has been described as the guardian of the genome because of its essential role in numerous cellular processes, such as DNA damage response and metabolism, which ensure normal growth and development of organisms. And, p53 is one of the most frequently mutated genes in cancer. However, even in the context of wild-type p53, a growing body of literature supports the important role of p53 signaling pathways in tumorigenesis. Current projects in my laboratory are examining the p53-dependent and –independent functions of the PP2C-like protein phosphatase, PPM1D/WIP1, in pediatric brain tumors. We are studying the signaling that allows high expression of PPM1D to promote growth and possibly dissemination of SHH, Group 3, and Group 4 medulloblastomas. We are also exploring the role of PPM1D in the pathogenesis of DIPGs.

The goal of our laboratory is to use in vitro assays, mouse models, and patient-derived tissues to improve understanding of the molecular drivers of high-grade brain tumors and their dissemination in children, to understand the signaling that confers resistance to radiation and conventional chemotherapeutic agents, and to design novel approaches to treatment that will improve both the survival and outcomes of children diagnosed with a high-grade brain tumor. 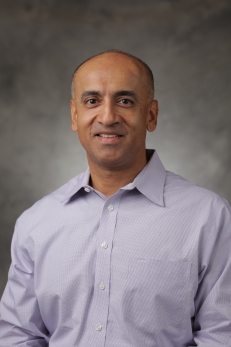 .(JavaScript must be enabled to view this email address)
main navigation secondary navigation