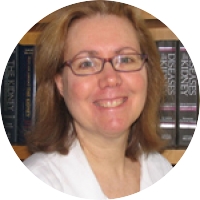 Dr. Susan Wall received an Honors B.S. in Chemistry from the University of Washington and then her M.D. from St. Louis University School of Medicine.  She did her Internship and Residency at the U.C.L.A. San Fernando Valley Program and then did a Clinical and Research Fellowship in Nephrology at U.C.L.A.  During her fellowship at U.C.L.A. she became interested in the physiology of the renal regulation of acid-base balance.  She extended her laboratory training by doing a second research fellowship at the Kidney and Electrolyte Laboratory of the National Heart, Lung and Blood Institute at the National Institutes of Health.  She then joined the Nephrology Division at the University of Texas, Health Science Center at Houston, where she rose from Assistant to Associate Professor.  She came to Emory in 2002 and is now Professor of Medicine and Physiology.  Her laboratory initially studied the role of ammonium transport along the collecting duct and its role in the renal regulation of acid-base balance.  More recently, her research involves the  study renal Cl- transporters and their role in the regulation of blood pressure.

More recently, Dr. Wall has studied the contribution of renal Cl- transporters to the maintenance of vascular volume, blood pressure and acid-base balance.  She and her colleagues have localized the Cl-/HCO3- exchanger pendrin (Slc26a4) to the apical region of subpopulations of intercalated cells within the distal nephron.  Pendrin, she observed, is upregulated following aldosterone, primarily by changing the subcellular distribution of pendrin from the subapical space to the apical plasma membrane.  Pendrin mediates HCO3- secretion and Cl- absorption, which reduces arterial pH and expands vascular volume, thereby increasing blood pressure. The Wall Laboratory first described the novel role of pendrin in blood pressure regulation. Pendrin plays an important role in the hypertensive response to aldosterone by increasing the renal absorption of Cl-.

Dr. Wall attends on the Renal Consult service at Emory University Hospital.  Her main clinical interests are in the pathophysiology of acid-base and blood pressure regulation.  She is also interested in the removal of drugs through dialysis.

Dr. Wall’s research interest is Pendrin, a protein that is found in the interchelated cells in the kidney cortex.  The clinical pathology related to lack of pendrin is Pendred Syndrome.

Pendrin is involved in the acid base balance of the kidney cortex and has recently been related by Dr. Wall to effects on blood pressure.