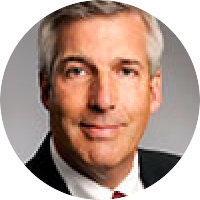 Dr. Guidot completed undergraduate and medical school education at the University of Michigan, obtaining his MD in 1984. He trained in Internal Medicine at the University of Minnesota from 1984-1987 and then served an additional year as Chief Medical Resident at the University of Minnesota Hospital under its chairman of medicine, Dr. Thomas Ferris, from 1987-1988. After his chief residency, he moved to the University of Colorado for clinical and research fellowship training in Pulmonary & Critical Care Medicine from 1988-1992. At Colorado he trained in the laboratory of Dr. John Repine in the Webb-Waring Institute where he also received research mentorship from Dr. Joe McCord. When he completed his fellowship he joined the faculty at the University of Colorado as Assistant Professor of Pulmonary & Critical Care Medicine in 1992 and remained in that position until he was recruited to Emory University in 1995. He joined the faculty of the Department of Medicine in the Division of Pulmonary, Allergy, & Critical Care Medicine at Emory University in 1995 when it was under the leadership of Dr. Roland Ingram, and started an independent research laboratory at the Atlanta VA Medical Center. In 1999 he was promoted to Associate Professor of Medicine with tenure, and in 2006 was promoted to the rank of Professor of Medicine with tenure. He has served in numerous leadership positions since joining the Emory faculty, including previous tenures as Pulmonary Section Chief at the VA, Director of the Pulmonary and Critical Care Medicine Fellowship Training Program, and Associate Division Director for Research. In addition to directing the Emory Alcohol and Lung Biology Center since its inception in January of 2003, he has directed the associated Alcohol and Lung Biology Training Program (funded by a T32 award from NIH/NIAAA) since it began in July of 2002. More recently, he became Director of the Division of Pulmonary, Allergy & Critical Care Medicine in July of 2009.

Dr. Guidot’s clinical interests include the care of critically ill patients with acute lung injury, the diagnosis and management of airway diseases including asthma, emphysema, and chronic bronchitis, and how pulmonary physiology testing facilitates the diagnosis and management decisions of patients with various chronic lung diseases. Dr. Guidot re-designed the Pulmonary Clinic at the Atlanta VA such that it became a model for clinical and teaching excellence within the VA system. This was the first provider-specific sub-specialty clinic at the Atlanta VA and has consistently been rated as the top performing clinic in the entire Atlanta VA. He is a full-time member of the Pulmonary Section at the Atlanta VA where he attends on both the Pulmonary Consultation Service and in the Medical Intensive Care Unit as well as continuing to serve as Director of the Pulmonary Outpatient Clinics.

Dr. Guidot is a frequent lecturer to medical students, residents, fellows, and other faculty within the Emory University School of Medicine as well as representing Emory at regional and national educational activities. He has been an active participant in such diverse educational activities as the Emory University Board Review Course in Internal Medicine, the sophmore medical student Pathophysiology Course, and the Division of Pulmonary, Allergy, & Critical Care Medicine Continuing Medical Education courses in San Destin, Florida. He is a regular lecturer to the fellows in the Pulmonary, Allergy, & Critical Care Medicine Training Program with a particular emphasis on pulmonary physiology and testing. He has also been an invited speaker at outside activities including the Georgia Chapter of the American College of Physicians, the Georgia State Association of Hospital Pharmacists, the Medical College of Georgia Continuing Medical Education Program, and the Residency Training Program in Internal Medicine and Family Practice in Columbus, Georgia. His greatest contributions as a teacher are in the research laboratory, where he has trained more than a dozen post-doctoral MD and PhD fellows and numerous medical students and residents. Many of his research trainees have been awarded independent research funding and four of them are now faculty members in the Division of Pulmonary, Allergy, & Critical Care Medicine at Emory University.

Dr. Guidot is highly involved in the academic missions of the Emory University School of Medicine as well as of regional and national academic societies. He has chaired the Research & Development Committee at the Atlanta VA as well as serving on numerous committees within the Department of Medicine including Faculty Development and Education. He has served on the Emory University Research Committee for six years including an unprecedented three consecutive years as Chairman of the Biological Sciences Sub-committee, which performs scientific review and the awarding of research grants each fall and spring. He is also a member of the Research Advisory Committee for the School of Medicine. In addition, Dr. Guidot is a past president of the Southern Section of the American Federation for Medical Research (AFMR) and was on the National Council of the AFMR for two years. In parallel, he was elected to its sister society, the Southern Society for Clinical Investigation, in 1996 and has chaired numerous sessions at their annual meeting over the past decade. He is also a member of the American Physiological Society, the American Thoracic Society, and the Research Society on Alcoholism, and has participated in national and international meetings of all three societies as an invited speaker and as a chair of multiple scientific symposia. In 2005 he was a member of an NIH delegation that traveled to Shanghai, China to meet with scientists at the Chinese National Academy of Sciences to discuss global health initiatives including the impact of alcohol abuse in both China and the U.S. Dr. Guidot has served on numerous research review panels for the NIH, the VA, and national organizations including the ALA and the American Hear Association. He is currently a standing member of the Training Grant Review Panel for the National Heart, Lung, and Blood Institute (NHLBI) at the NIH.

Dr. Guidot’s research career has focused on the mechanisms by which inflammation and oxidative stress contribute to tissue injury, particularly within the lung. Early in his research career and while still a post-doctoral fellow in Colorado he made several sentinel findings on the role of mitochondrial respiration in the oxidant/antioxidant balance in cells, and how this balance is altered in pathologic states. He was awarded research funding from the National Institutes of Health (NIH), the American Lung Association (ALA), and the Will Rogers Memorial Fund by the time he had completed his fellowship training. In 1995 he received a prestigious Trudeau Award from the ALA based on his National Research Grant proposal and was honored at the American Thoracic Society International Conference in 1996. After joining the faculty at Emory University, Dr. Guidot capitalized on exciting new clinical findings that showed a previously unrecognized connection between alcohol abuse and acute lung injury. In a series of novel observations, Dr. Guidot and colleagues at Emory University have shown that alcohol abuse causes oxidative stress within the lung that primes the airway for injury following diverse insults including sepsis, trauma, and allograft rejection following transplantation. He is currently Director of the NIH-funded Emory Alcohol and Lung Biology Center as well as the NIH-funded Emory Alcohol and Lung Biology Training Program. He has also been funded with individual R01 funding from NIH as well as a Merit Review Program by the VA, and both of these have been competitively renewed through 2010. Dr. Guidot has presented his research findings both locally, including Internal Medicine Grand Rounds at Emory University, and nationally and internationally as an invited speaker in scientific symposia as well as visiting professor to numerous universities. Most recently, Dr. Guidot has extended his novel work on alcohol and lung biology to the field of HIV-1 disease, and has established a new project that is examining previously unidentified mechanisms by which HIV-1-related proteins that are expressed in the lungs of individuals with AIDS disrupt airway epithelial as well as innate immune functions. As part of his research program he is also an active collaborator with colleagues within the Department of Medicine as well as the Departments of Pediatrics and Physiology, and with investigators at the Georgia Institute of Technology.