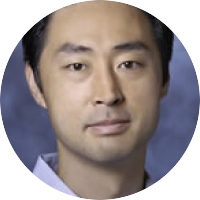 Dr. Hee Cheol Cho is a stem cell/cardiology researcher. Cho joined the Wallace H Counter Department of Biomedical Engineering at Georgia Tech and Emory, and Emory-Children’s Pediatric Research Center. He and his team will focus on developing gene-and cell-based therapies for cardiac arrhythmias. Their research will adding to and complement the research of several groups, such as those led by Chunhui Xu, Young-sup Yoon, Mike Davis and W. Robert Taylor.

Cho comes from Cedars-Sinai Medical Center in Los Angeles, where he specialized in understanding cardiac pacemaker cells, a small group of muscle cells in the sinoatrial node of the heart that initiate cardiac contraction. These cells have specialized electrophysiological properties, and much has been learned in the last few years about the genes that control their development.

Cho and colleagues from Cedars-Sinai recently published a paper in Stem Cell Reports describing how the gene SHOX2 can nudge embryonic stem cells into becoming cardiac pacemaker cells. The same team has also recently published how it is possible to convert ordinary cardiac muscle cells into pacemaker cells with the introduction of a single gene (Tbx18. They have also demonstrated a gene therapy technique in pigs, in which Tbx18 created biological pacing.

Millions of people in the United States have received electronic cardiac pacemakers to alleviate arrhythmias. Cho and others have envisioned the possibility that “biological pacemakers” would have advantages in terms of better responding to the body’s demands of exercise or stress, and being more flexible in size with pediatric patients. The pig gene therapy study was described as aiming to create a “bridge to device” in pacemaker-dependent patients with hardware infections.

However, the authors of the Stem Cell Reports paper caution that “we do not offer the present findings as a direct prelude to long-term biological pacing tools, but rather as insights into the progression of pacemaker cell development as they are reflected in the EB [embryoid body] system.”