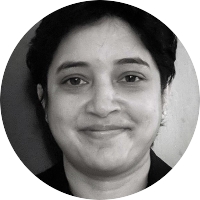 The overall goal of our research is to determine the relationship between metal homeostasis pathways and progression of neurodevelopmental and neurodegenerative diseases. Our recent work has focused on ATP7A a copper- transporter that is critical in maintaining normal levels of copper in the body. Consequently, mutations in ATP7A result in Menkes disease characterized by cognitive and neurodegenerative pathology. Now we bring our combined expertise to understand the mechanisms engaged by manganese exposure using as a model mutations in the manganese efflux transporter SLC30A10. My primary expertise lies in developing a biochemical experimental paradigm that involves large-scale quantitative proteomics using stable recombinant cell lines, CRISPR-Cas9 edited cell lines, or primary cell cultures generated in the lab. Using these curated and comprehensive data sets, we have successfully identified novel mechanisms downstream of environmental or genetic insults. These data have been validated in several model systems and patient samples using functional and physiologically relevant assays. Additionally, in collaboration with Dr. Blaine Roberts we are using ICP-MS techniques to define metalloproteomes that will aid in biomarker and drug discovery. Identifying the missing steps between initial toxic manganese exposure and late stage pathology will help in formulating early intervention strategies and reversing the course of disease. The results from this work would also address an emerging hypothesis that proposes a mechanistic connection between environmental toxicants and genes in a susceptible population leading to an increased risk of neuropathologies.