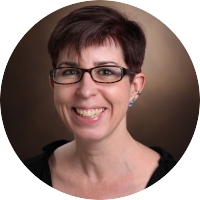 EMAIL: .(JavaScript must be enabled to view this email address)
Download CV

My research focuses on cell cycle control in cerebellar development and medulloblastoma, a pediatric brain tumor that arises in the cerebellum.  These tumors are the most common solid malignancy of childhood.  Current treatments for medulloblastomas include surgical resection, chemotherapy, and cranio-spinal irradiation.  These therapies lead to an ~60% "cure" rate, but survivors are left with life long devastating side effects as a result of these treatment, including cognitive declines, seizures, developmental delays, and premature aging.  It is our hope that by gaining increased insight into the cellular and molecular mechanisms that drive tumor establishment and growth, we can identify genes and proteins whose activity could in the future be modulated by drugs and novel small molecules, thereby ameliorating the need for irradiation and chemotherapy.

Medulloblastomas can be divided into four molecularly and histologically distinct subclasses, one of which is typified by activation of a pathway called Sonic hedgehog (SHH).  This subclass is proposed to arise from rapidly proliferating cerebellar neural precursors, which depend on Shh for their cell division during development.  We study how Shh drives proliferation through its interactions with other developmentally regulated pathways, such as the Hippo pathway, insulin-like growth factor (IGF) pathway, and the mTOR pathway, which drives new protein synthesis in response to growth factor signaling.

The workhorse of the lab is primary cerebellar cultures derived from the neonatal mouse cerebellum.  These cells can be maintained in culture in serum free medium; the addition of purified Shh to the medium maintains them in a proliferative state for approximately 72 hours.  We can manipulate the cells pharmacologically or genetically (using retroviruses and shRNA-carrying lentiviruses) and observe effects on proliferation and pathway activation using common cell biological techniques.  These studies are complemented with histological analysis of the developing cerebellum.  We also use mice that have been genetically modified so that the Shh pathway is constitutively activated in the developing cerebellum.  These mice develop medulloblastomas that closely resemble those of the human subclass of medulloblastoma associated with activated Shh signaling.  Current projects in the lab involve conditionally inactivating components of the Hippo and IGF2 pathway, which we have previously found to cooperate with Shh mitogenic and oncogenic effects, in these mice to determine impact on tumor latency and survival.