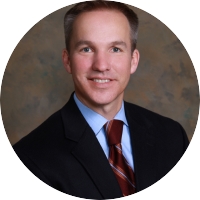 - Mechanisms Underlying Glioblastoma Progression
We investigate mechanisms of progression to glioblastoma (GBM), the highest grade astrocytoma, including genetics, hypoxia, and angiogenesis. Progression is characterized by tumor necrosis, severe hypoxia and microvascular hyperplasia, a type of angiogenesis. We propose that vaso-occlusion and intravascular thrombosis within a high grade glioma results in hypoxia, necrosis and hypoxia-induced microvascular hyperplasia in the tumor periphery, leading to neoplastic expansion outward. Since the pro-thrombotic protein tissue factor is upregulated in gliomas, we investigate mechanisms of increased expression and pro-coagulant effects.

- In Silico Brain Tumor Research
We initiated an In Silico Center for Brain Tumor Research to investigate the molecular correlates of pathologic, radiologic and clinical features of gliomas using pre-existing databases, including as TCGA and Rembrandt. Using datasets and image analysis algorithms, we study whether elements of the tumor micro-environment, such as tumor necrosis, angiogenesis, inflammatory infiltrates and thrombosis, may correlate with gene expression subtypes in TCGA gliomas. We also have demonstrated the clinical relevance of TCGA subclasses within the lower grade gliomas using the Rembrandt dataset.

- Regulators of Asymmetric Cellular Division in Glioblastoma Stem Cells
We study mechanisms that confer specialized biologic properties to glioma stem cells (GSC) in GBM. The Drosophila brain tumor (brat) gene normally regulates asymmetric cellular division and neural progenitor differentiation in the CNS of flies and, when mutated, leads to a massive brain containing only neuroblastic cells with tumor-like properties. We study the human homolog of Drosophila brat, Trim3, for its role in regulating asymmetric cell division and stem-like properties in GSCs. Trim3 may elicit its effects is through repression of c-Myc.

I am a diagnostic neuropathologist with a clinical and scientific interest in brain tumors. I am responsible, along with my two colleagues in neuropathology, for the pathlogic diagnosis of brain lesions from patients seen at Emory Healthcare Hospitals and Children's Healthcare of Atlanta Hospitals. I also direct the Neuropathology Fellowship and co-direct the Pathology residency, with an emphasis on recruitment and career development.